Data in Motion: How Carbon Dioxide Moves Around the Planet

Scientists at NASA’s Goddard Space Flight Center used an ultra-high-resolution supercomputer model to simulate, in stunning detail, how carbon dioxide moves through Earth’s atmosphere. Animations of the model’s output show plumes of carbon dioxide rising from industrialized areas and swirling away as they are dispersed by winds; fluctuations between seasons and variations between hemispheres are also evident.

The model, called GEOS-5, is among the highest-resolution ever created, showing the movements of carbon dioxide in unprecedented detail. The model simulation shown in the video below has about 64 times the resolution of most global climate models. Known as a “Nature Run”, this simulation starts with real data on emissions and atmospheric conditions, then runs on its own to simulate the behavior of carbon dioxide in the atmosphere over a two-year period.

Recently, the National Oceanic and Atmospheric Administration (NOAA) adapted the animation of the model’s output for Science on a Sphere, an educational tool that displays Earth data on an interactive globe. Users can toggle the globe to view different parts of Earth as the animation runs.

“While the presence of carbon dioxide has dramatic global consequences, it’s fascinating to see how local emission sources and weather systems produce gradients of its concentration on a very regional scale,” said Bill Putman, the NASA scientist who led the modeling project and created the original animation. “Simulations like this, combined with data from observations, will help improve our understanding of both human emissions of carbon dioxide and natural fluxes across the globe.”

NASA | A Year in the Life of Earth's CO2 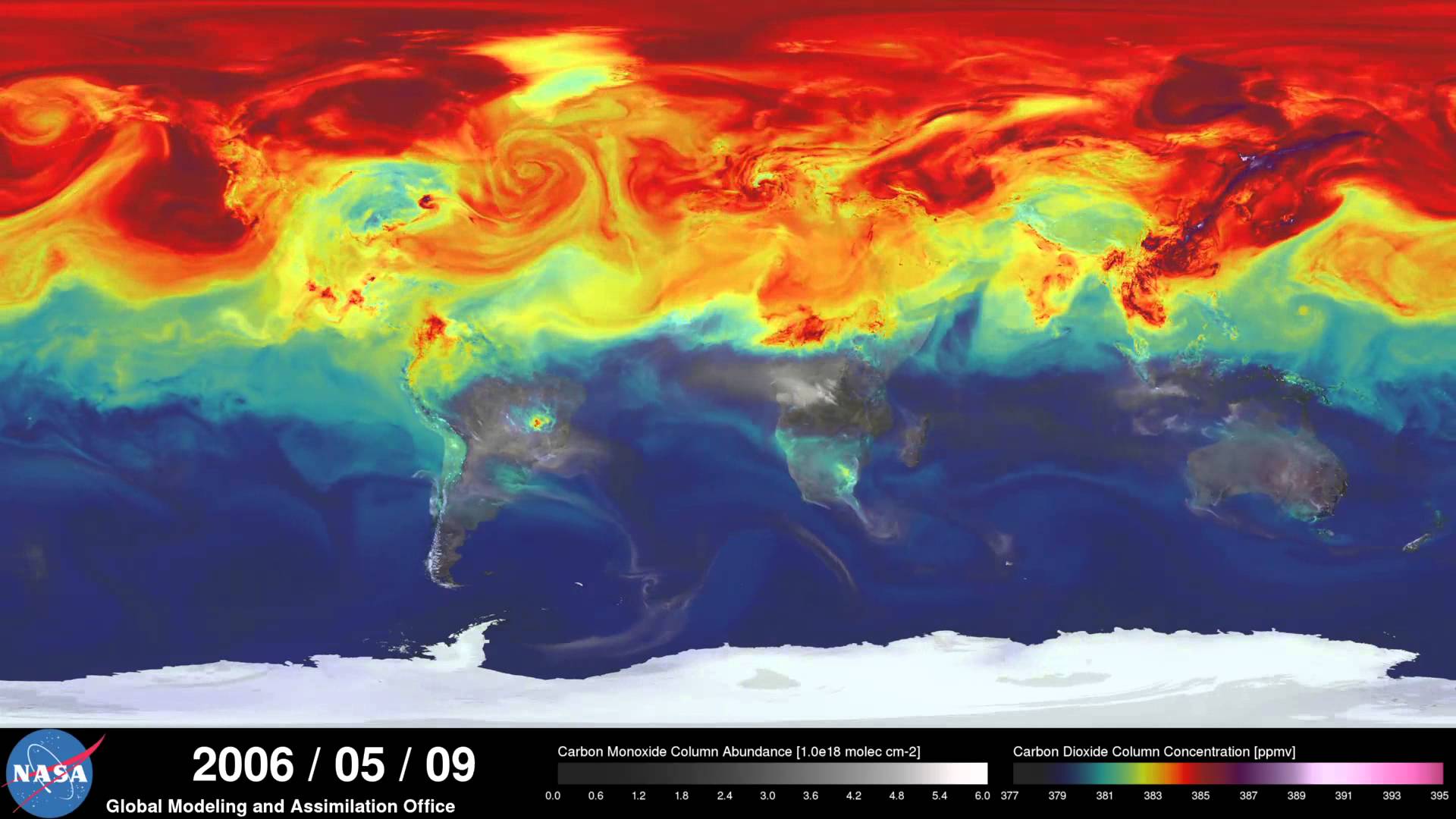 On the release of NCA4 Volume II and SOCCR2: A letter from the Acting Chair of the Subcommittee on Global Change Research and our Executive Director